Fun little Ace tidbit that Jonny Z shared with us... he has never told anyone this before, including Ace... after Ace opened for Iron Maiden at MSG Ahmet Ertegun from Atlantic Records was backstage... he told Jonny Ace was not very good and basically that was the end of Atlantic label support for Ace. Jonny said he hadn't even told this to Ace and Ace is hearing it for the first time on Three Sides.

Forget the haters, we won!

Listen to Three Sides of the Coin Radio at www.ThreeSidesoftheCoinRadio.com

In the early '90s, Michael Brandvold launched the fifth ever website on the Internet devoted to KISS, KISS Otaku. He built, launched and maintained Kissonline.com (KISS' official web presence). He now owns Michael Brandvold Marketing, providing marketing services and digital strategy to musicians. Tommy Sommers spent 15 years on the record show circuit collecting, trading and selling memorabilia / Kiss merchandise. He is now a successful residential Real Estate agent in the Minneapolis / St. Paul area. Tommy has also produced a KISS song For The Oddfathers and is the owner of Rock Steady Digital Photography. Mark Cicchini, is a world renown KISS collector. KISS have used parts of Mark’s vast KISS collection for audio, video & print materials including their book NOTHIN TO LOSE, CD re release of the LOVE GUN album & the VH1 Ultimate Album KISS ALIVE! special as well as many other KISS projects. His wife also makes a mean meatloaf!!!

It's only our opinion... it's neither right nor wrong.

Three Sides Of The Coin is unofficial & unsanctioned and has no affiliation with the band KISS.
Видео добавлено 4 мес. назад пользователем dosakan 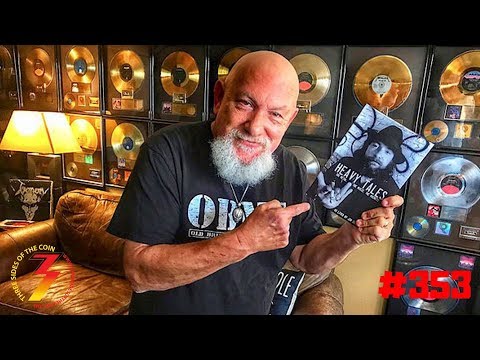 Episode 353, October 1, 2019. The legendary Jonny Z joins us to talk KISS, Ace Frehley and heavy metal! Among the bands we discuss: Metallica, Anthrax...