Launched in June 2014 by the MADz and the CCP thru its Cultural Exchange Department (CED), the SPYC has trained two batches, with members from all over the country, who underwent a week-long professional music camp under MADz choirmaster Mark Anthony Carpio. The Sing Philippines movement brings to life National Artist and MADz founder Andrea O. Veneracion’s vision of a nation singing in harmony and united in songs.

From May 29-June 3, the third batch of SPYC composed of 56 singers from 31 provinces nationwide underwent an intensive choral training so they too can contribute to the propagation of choral music in the country. Batches 1 and 2 also returned to join the 2018 batch and the MADz for the culminating concerts on June 2-3 at the CCP Main Theater. Since they were organized, the first two batches of SPYC have returned to the CCP and performed for the Closing Program of the Andrea O. Veneracion International Choral Festivals of 2015 & 2017.

The SPYC Flash Mob is in keeping with the program’s goal of promoting appreciation for music and the arts to the general public. In 2016, the SPYC mounted its first flash mob at the Light Railway Transit-2 and this year, the members, pensioners, employees and officials of the GSIS were the surprised viewers.
Видео добавлено 1 год назад пользователем dosakan 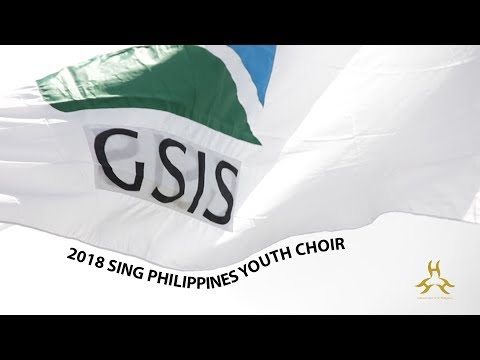 The Cultural Center of the Philippines (CCP) and the Philippine Madrigal Singers (MADz) welcome the third batch of choristers for the 2018 Sing Philip...